I had the opportunity to spend 4 days on safari exploring several Tanzanian parks including Serengeti National Park and the Ngorongoro Crater. These parks are the real deal, the food chain is alive and well and easily seen. It was an amazing experience. The following is a photo blog of the experience (click any photo to enlarge).

Mandatory cute baby monkey picture to start it off. Shot these guys at the entrance to Tarangire NP.

How do elephants scratch their butts do you ask? Why on a Baobab tree of course

An elephant reaching for a branch of a Baobab tree. Tarangire is known for their large elephant population. I suspect I saw roughly 200 elephants during my day there.

A herd of zebras below the Tanzanian sky.

This guy was keeping himself cool by flapping his ears. 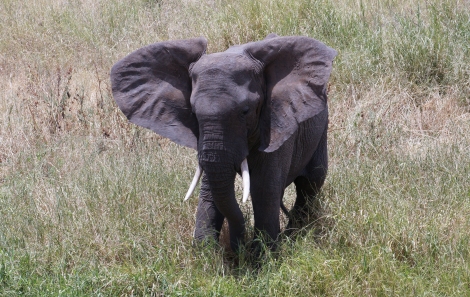 And then he decided to do it right in front of the safari truck at which point my driver had to turn off his engine. Engines make elephants mad (they must sound like growling) and they can attack vehicles. So you get to patiently watch until he decides to leave.

A cute little monkey in a tree (this one came out a bit blurry, I got to spend a lot of time experimenting with appeture, ISO and shutter speeds on this trip)

Shortly after seeing this guy it struck me what a wide variety of odd and diverse creatures exist here. And they’re all intermingling, it’s just fascinating.

I took so many elephant pictures

And this is another way elephants keep cool, find a giant mud hole and splash around, even roll in it.

Day 2 brought me to Serengeti NP. As I entered I swear this guy just stood there and posed for me.

Some of the trees grow thorns all along their branches, which makes it more difficult for the giraffes to eat.

A small pack of cheetahs trying to decide if I look delicious or not.

Just in case there was any doubt, you are right in the midst of the Serengeti food chain as seen by this lhis lion checking out a safari truck. 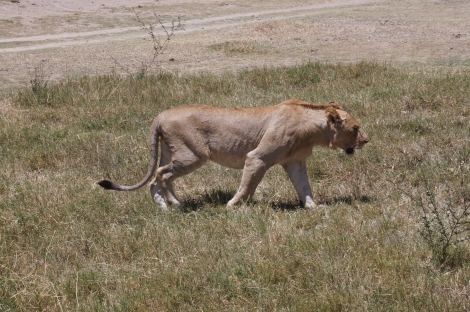 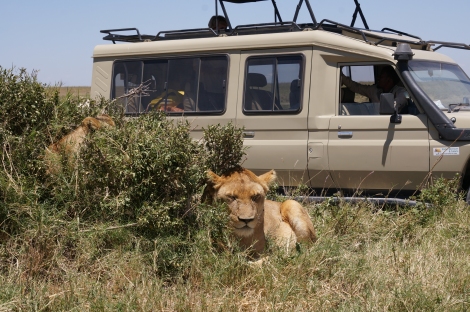 This lady was crouched perfectly still, hunting a pack of gazelle. We hung out here for almost and hour to see if she would chase one down for dinner…

… this was the herd of potential dinner until one of them spotter her and gave out a wicked call which sent the pack running the other way. 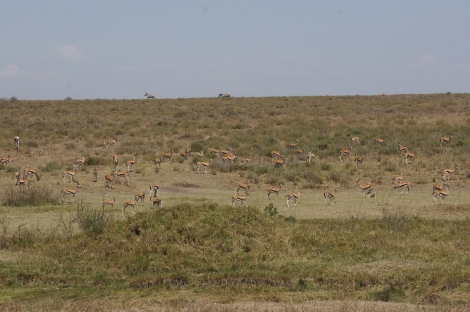 Fortunately the lions thought I was too good looking to eat. 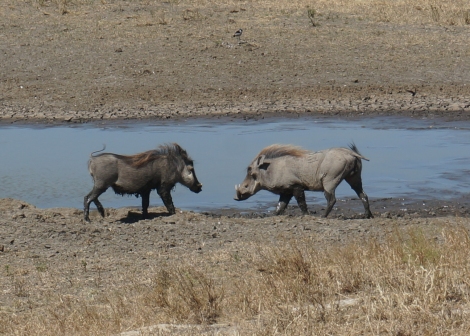 A lion taking it easy in the shade

A “congress” of baboons hogging the street 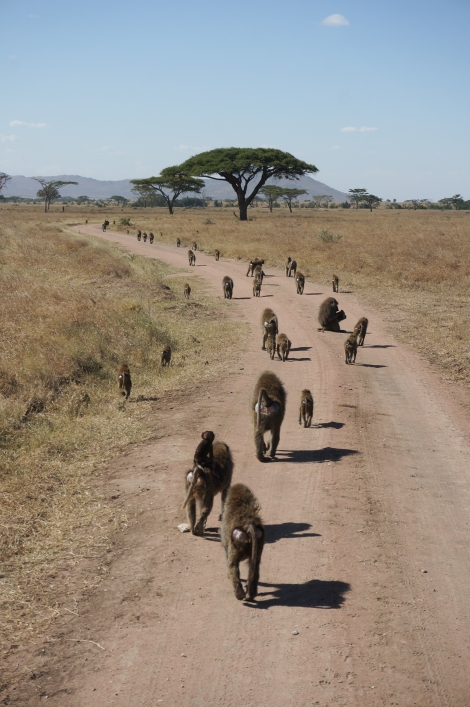 So I watched this bird just hitch a ride on this zebra as he trotted along. This bird knows how to travel

The second night I opted to sleep in Serengeti itself in a tented camp. Shoulder season has its benefits as I was the only one in the camp. After sunset you could hear the roar of the lions well into the night. So awesome!

First thing day 3 we spot a cheetah with a fresh kill.

And just like in the cartoons, the vultures hang out waiting for the cheetah to leave so they can dine on left overs.

The “Great Migration” occurs at the beginning of the year, and while I missed the majority of it, my driver did spot about 3-400 off in the distance.

Random elephant and baby walking by, probably looking for water. This is the end of the dry season and, according to my driver, the rains are overdue.

This is the Ngorongoro Crater (well at least one side of it), a giant crater left by an ancient volcano. While the animals aren’t technically ‘stuck’ here, they tend not to leave due to the steep hills on all sides.

These are the Maasai people, a group of tribes spanning Tanzania and Kenya. They dress in traditional clothing, and tend to cows and goats. A Maasai’s worth is often tied to how many cows he owns. Fun fact: Maasai males are circumcised around age of 12-14 in a very formal coming of age ceremony. During the “main event” they dare not flinch or they will bring dishonor to their father. (every man reading this at this moment just cringed). 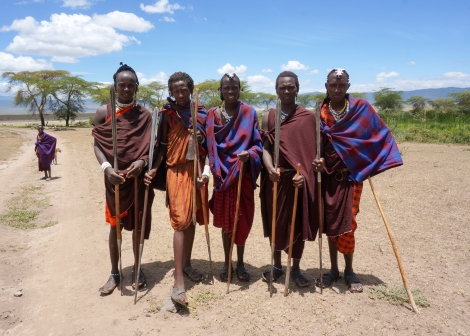 As the try season ends males often battle for breeding rights. (I like how the others are just sitting around indifferent…)

A group of hippos (i.e. moving rocks), one does a roll

And old male sitting off by himself.

There were only a few thousand flamingos here when I visited but evidently after the rains some there are millions here and they fill the entire lake.

And finally I will leave you with my favorite photo of my trip, a lone lioness laying in the valley.

If your still not tired of photos an even larger album of selected pictures can be seen by clicking on the link below.